A Norcross Wildlife Foundation: A Mission to Conserve Habitat for Animals & Plants

A Norcross Wildlife Foundation: A Mission to Conserve Habitat for Animals & Plants

The Norcross Wildlife Foundation was established in 1965 by Arthur D. Norcross, a native of Monson, Massachusetts 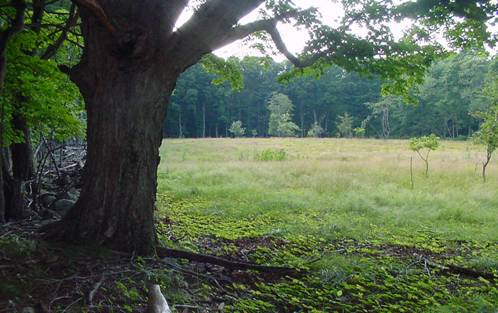 and founder of the Norcross Greeting Card Company. From boyhood, Norcross demonstrated an avid interest in nature and wildlife that grew out of his outdoor experiences in the woods, fields and swamps on and around his family’s 100-acre woodlot/pasture. This place, called Tupper Hill after Colonial settlers, lies close to the southeast corner of Monson, miles from the center of town and his family’s home. He knew a far different landscape back then; more than half the land was still stony pastures and small tillable fields. The forests had been cut over for charcoal, railroad ties and fuelwood and were quite young – little more than dense thickets of large saplings. As a young man he became an accomplished hunter and fisherman. He even sponsored several Arctic expeditions on which he collected botanical and zoological specimens for museums including The Smithsonian. In 1916 Norcross inherited Tupper Hill from his father and decided to turn his interests in flora and fauna to the task of ensuring the permanent protection of his childhood stomping grounds.

Using Tupper Hill as a focal point, Norcross began to acquire surrounding woodlots and abandoned farm fields with the goal of assembling a quantity of land sufficient to establish a wildlife sanctuary. Norcross bought some parcels outright, traded for others, and accepted a few gifts of land from sympathetic neighbors. This strategic land acquisition continued until his holdings encompassed nearly 2,500 acres. The Norcross Wildlife Sanctuary was formally dedicated in 1939 as:

“a place where wildlife may be encouraged not just to survive but also to propagate and spread naturally, so that specific species, threatened with extinction, might again attain more normal distribution, and the public will benefit from their survival.” 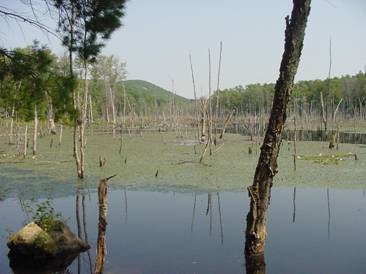 In concert with its principal mission of providing healthy, secure habitat for fauna and flora, the Sanctuary has a history of providing the public, especially elementary school children, with classroom-quality nature and environmental education programs. It is also an active center for plant propagation and distribution, with particular emphasis on rare and endangered plants native to the Appalachian range from the Carolinas through the Maritimes.

Norcross was proactive in his pursuit of habitat conservation, and put a good deal of time, energy and money into a program he simply called “rescue work”. This involved alert response to news of impending habitat destruction – draining of swamps, housing subdivisions, road building, reservoir construction – common events in and around metropolitan new york where he lived most of his adult life. In one of his writings he cites an instance of his “rescue work”:

“In the vicinity of Belchertown [MA], we removed an entire colony of Hartford or Climbing Fern by truck before the bulldozer and flame throwers did their work and the area was flooded. This colony of Hartford Fern flourishes on the Sanctuary – in fact is increasing.”
Among his more remarkable forays into such salvage work involved rescuing the flora of a doomed parcel in the Pine Barrens of New Jersey and transporting it lock, stock and Gentiana atumnalis (Pine Barren Gentian) to Massachusetts, where it thrives today. Atlantic white cedars, gentians, cattails, pitcher plants, cranberry bushes, sphagnum moss, grasses and sedges, and several species of orchids all made the trip. Logistically, this was an impressive, daunting operation, but a successful one. Given today’s environmental regulations, such a venture might not be possible to even consider, but to the forward-thinking Norcross, a doomed bog in New Jersey chock full of rare plant life was saved, found a home in Massachusetts, and is available for public education – forever.

Norcross and his staff embraced the concept of rare plant propagation but struggled with its practice. Firmly believing in the virtues of a natural environment, Norcross was ambivalent about propagating wild plants, even threatened species, under artificial conditions. It was only after two decades of operation that the Norcross Wildlife Sanctuary constructed a modest – “pantry size,” he called it – greenhouse for fern, wildflower and sedge propagation.

This article originally appeared in the March 2003 ECFLA/WDLT Newsletter.