The First 25 Years of ECFLA

The First 25 Years of ECFLA 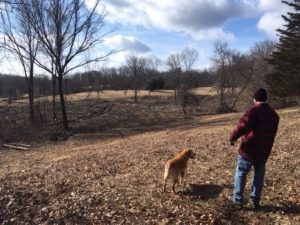 The year was 1978. The second OPEC oil embargo in five years had people waiting in long lines at the gas pumps, and paying record prices when they finally got there. Governor Ella Grasso sent the National Guard into Connecticut ‘s State Forests to cut firewood for its citizens. Thousands of people, including many forest owners, bought chainsaws and woodstoves and started using them for the first time, sometimes with disastrous results.

Nineteen seventy-eight also marked an unprecedented resurgence in eastern Connecticut ‘s timber industry. Widespread clearcutting and forest fires in the early 1900’s had left a forest that for decades had little or no timber large enough to sell. But by the 1970’s, the average tree on the average acre was once again large enough to be harvested and sawn into lumber for a profit. Eastern Connecticut ‘s timber output tripled that decade, and landowners who had never even thought about selling their trees were suddenly getting multiple unsolicited offers to do so.

As Bill Clinton would have said: it was the economy, stupid. In just a few years these two economic shifts resulted in a level of forest tree cutting that had not been seen in most people’s lifetimes. Suddenly, the sounds of log skidders and chainsaws were everywhere, as was the sight (for many the first sight) of cutover forests and skid trails. Extension Service and State Forestry offices were flooded with calls from forest landowners looking for answers: what trees should I cut for firewood? Should I sell my timber to this man who knocked on my door? What is my timber worth? Will cutting trees harm wildlife? Where can I get good forestry advice? The few existing public resources were being strained to their limits.

Then Don Francis, the local Extension Agent for Windham County (and later First Selectman in Brooklyn ), had an idea: why not organize forest landowners themselves into a private, non-profit association that can teach its members the answers to these questions? He and UConn Professor David Miller wrote a grant proposal, received funding and hired Steve Broderick, a young forester fresh out of graduate school, to start the organization.

In September 1978 I arrived from Virginia and, with Don’s help, tackled this daunting job. One of my first steps was to visit all 15 town halls in Windham County, pull out each grand list and write down the names and addresses of every landowner with ten acres or more. Three thousand, nine hundred and ninety-two landowners to be exact. To our secretary’s dismay, Don and I wrote and sent an Extension Forestry newsletter to every one of them, talking up the idea of a forest owners’ association and providing a return card for those who wanted additional mailings.

On October 19, 1978 the first meeting for those interested in a forest owners’ association was held at the Windham County Extension Center in Brooklyn . Sixty-seven landowners attended, and by the end of the meeting agreed unanimously that the idea was worth pursuing. Eight landowners volunteered to be part of a steering committee to refine and advance the concept: Joe Aldrich of Canterbury, Clarence Child of Pomfret, Val Galasyn of Canterbury, Leon Gardner of Ashford, Frank Grandelski of Killingly, Bert Inman of Pomfret, Al Schings of Killingly, and Geoff Westfall of Brooklyn.

The steering committee scheduled follow-up informational meetings at the Extension Center in January and February 1979, and by the February meting had produced these proposed objectives for the new organization:

On February 22, 1979, the 73 forest owners in attendance voted unanimously to create The Eastern Connecticut Forest Landowners Association. Thirty-seven charter members paid a $2.00 membership fee that evening, and a seven-member board of directors was nominated and elected: Aldrich (President) , Child, Gardner, Grandelski (Treasurer), Inman, Schings and Westfall. By June, the new organization had 243 paid members who were receiving monthly newsletters.

From the beginning, the emphasis was on information, education, and incentives for good stewardship. Spring and fall field meetings became standard fare, usually on the property of a member who was practicing forest stewardship with a private forester. Leon Gardner, George Knowlson, Al Rudyk, Bill Johoda, Bill Hull Dennis Hodgin were among our early hosts. Consulting Foresters began offering discounts to members for their services, as did several chainsaw and other dealers in the area.

In January 1982, ECFLA began to pay Roy Owens of Eastford a nominal salary to become our first “Executive Secretary”, helping me to get out newsletters and organize meetings. Roy ‘s excellent work in improving our by-laws, locating newsletter advertisers and later, incorporating our subsidiary land trust were critical to the association’s development in those early years.
In December 1983, ECFLA published its first Directory of Local Resources for Forest Owners. This 12-page reference listed everything from map and air photo sources to local witch hazel cutters and was an annual benefit to members for fifteen years.

October 1987 marked another association milestone as over 600 people attended ECFLA’s first Woodlot Owners’ Field Day at the Brooklyn Fairgrounds. This event was held every other year until 2001, when we combined it with the new “Celebrating Agriculture” event held each September at the Woodstock Fairgrounds.

Next came 1988, a watershed year for ECFLA. Under the steady, organized leadership of President Rad Ostby, the Association had grown to 282 paid members owning collectively over 22,000 acres in eastern Connecticut . Our subsidiary land trust (eventually to become the Wolf Den Land Trust) was officially incorporated and acquired its first parcel, the Shoemaker Demonstration Forest in Scotland. And finally, 1988 was also the year that Bob Smith of Brooklyn was first elected association secretary. Bob held that post he held until his death in 2002, in addition to building hundreds of bluebird and bat houses for sale at our fair displays, serving as steward of our largest land trust property and doing countless other jobs as the need arose. Bob was without question one of the most consistent, productive and dedicated volunteers any organization has ever been blessed with. Our association Volunteer Award is named in his memory.

Over the years, our land trust continued to grow, and today we own 885 acres in 17 separate parcels. Each parcel is managed professionally using the same forestry resources available to any of our members, and each is used as an outdoor classroom to teach forest and wildlife stewardship to our members and others. Joyce Meader, our current Stewardship Coordinator, leads a dedicated group of property stewards in managing the trust lands.

Today, your association is stronger than ever, thanks to three primary factors. The first is the unfailing commitment to practical forestry and wildlife education for our members. The second has been the wonderful individuals who have devoted their time and energy to leading our organization. Starting with folks like Rad Ostby and Roy Owens (who in the early years brought organization and structure to our well-intentioned but loose-knit group), right down to current President Lee Dunbar, VP Bill Reid and our excellent board of directors.
And finally, there are the dues-paying members, who have supported and continue to support ECFLA/Wolf Den Land Trust. You and your forests are the reason this membership organization exists. The sound stewardship you practice on your own forests has always been the true measure of our success and will continue to be in the years ahead.